We started Brick Moon Fiction because we believe that how artists imagine the future today directly impacts the future we will create tomorrow.  We believe that exploring social and technological trends, and extrapolating their effects on characters and relationships, can provide new insight into the opportunities and challenges we might face down the road.

Key to this exploration is to include a diverse group of voices and perspectives.  The future will not be created exclusively by white men who attend select Universities.  The future belongs to everyone, and as such, our focus is to challenge writers with a wide range of backgrounds to imagine the world as projected through the prism of their experience.

The writers that have joined us on this journey have never failed to surprise and amaze us with their creativity, their diligence and their insight.  And as a result, we have gained new perspective on how to think about the world and how to tell stories about it.

The name Brick Moon Fiction comes from the Edward Everett Hale short story “The Brick Moon” which first appeared in The Atlantic Monthly in 1869.  Inspired by the Longitude Prize, authorized by an act of Parliament in 1714 to find a more accurate way for ships to determine their longitude, Edward wrote a fantastical story about building an artificial “North Star” out of bricks and launching it into space.  In the process of writing an entertaining faux-journal entry, he made the first recorded reference to the idea of man-made satellites and a manned space station.  At the time, it was almost inconceivable that technology would eventually weave these marvels into our everyday life.  An engineer would have dismissed the notion before it was even a thought, but an artist made the idea real right before our very eyes.

Jules Verne imagined a nuclear powered submarine. Arthur C. Clarke imagined RADAR.  Gene Roddenberry imagined a flip-to-open communicator which directly inspired modern cell phones, and Singularity University even sponsored a Tricorder Competiton to create working versions of an advanced, portable diagnostic tool for healthcare – some of which are going to actually be brought to market.  First we dreamed about going to the moon, then we wrote about it, then we made films about it – and then we did it.

At the heart of Brick Moon is the knowledge that before you can invent something, you have to imagine it.  With that in mind, we’ve sought out a very talented and diverse group of writers, given them the kernal of an idea, and then given them the freedom to let their imaginations run wild.  The results have been wildly varied, insightful, and always entertaining.

Brick Moon is constantly increasing its roster of writers, the goal being to engage as many creatives as possible with more mind-bending ‘what-ifs’ and deliver short stories that – who knows – might just spark your imagination to make the next dream a reality.

Comments?  Feel free to Email us at brickmoonfiction@gmail.com. 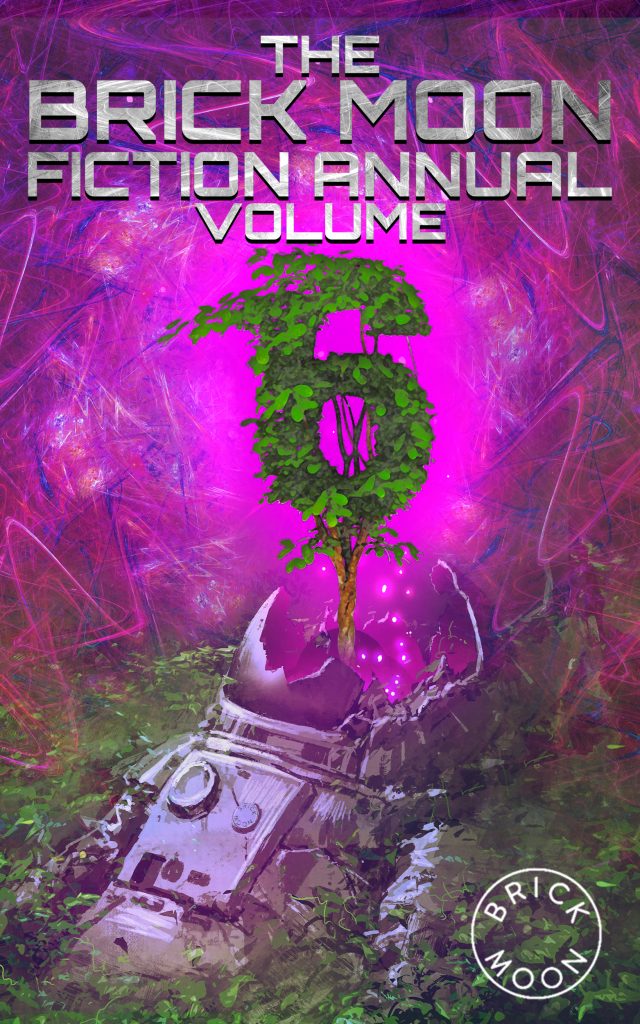 THE BRICK MOON FICTION ANNUAL VOLUME 6 Folks - our sixth and most likely FINAL anthology!  Last year was a hard one, but in spite of […] 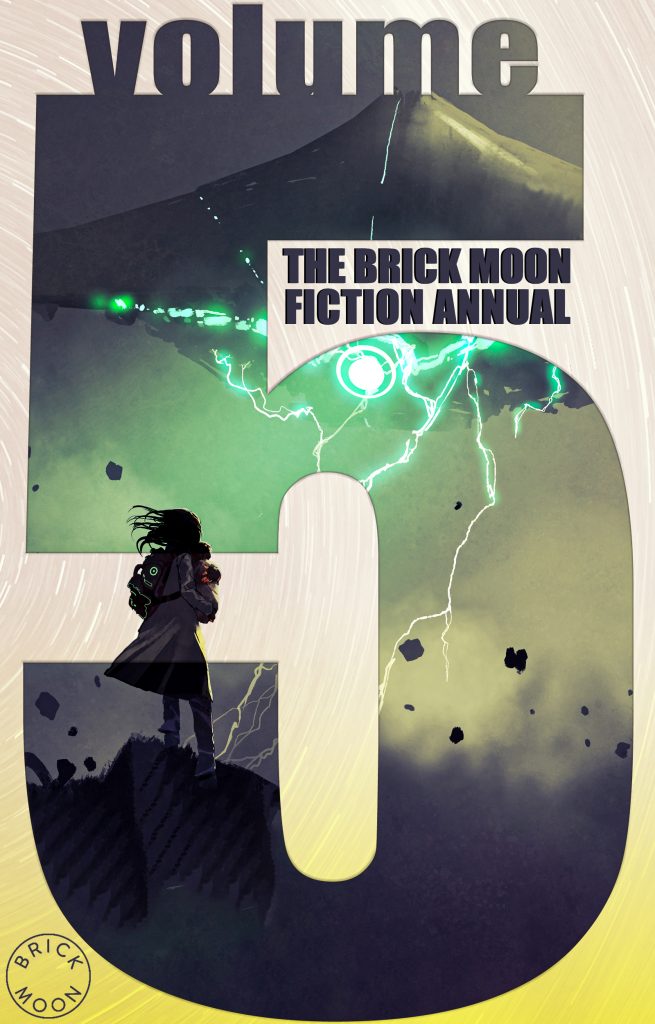 THE BRICK MOON FICTION ANNUAL VOLUME 5 WOW. Our fifth annual!  Hard to believe we've been delivering these amazing stories for five years, but here we […] 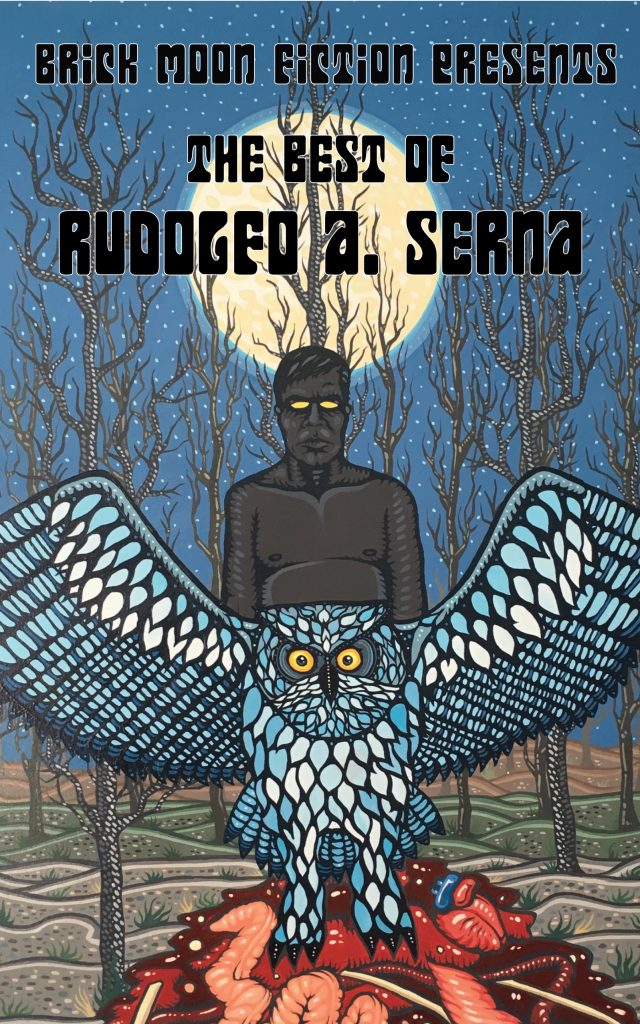 THE BEST OF RUDOLFO SERNA

THE BEST OF RUDOLFO SERNA Brick Moon Fiction and Mutantroot Art Collective are proud to bring you this collection of short stories and original artwork. Originally […] 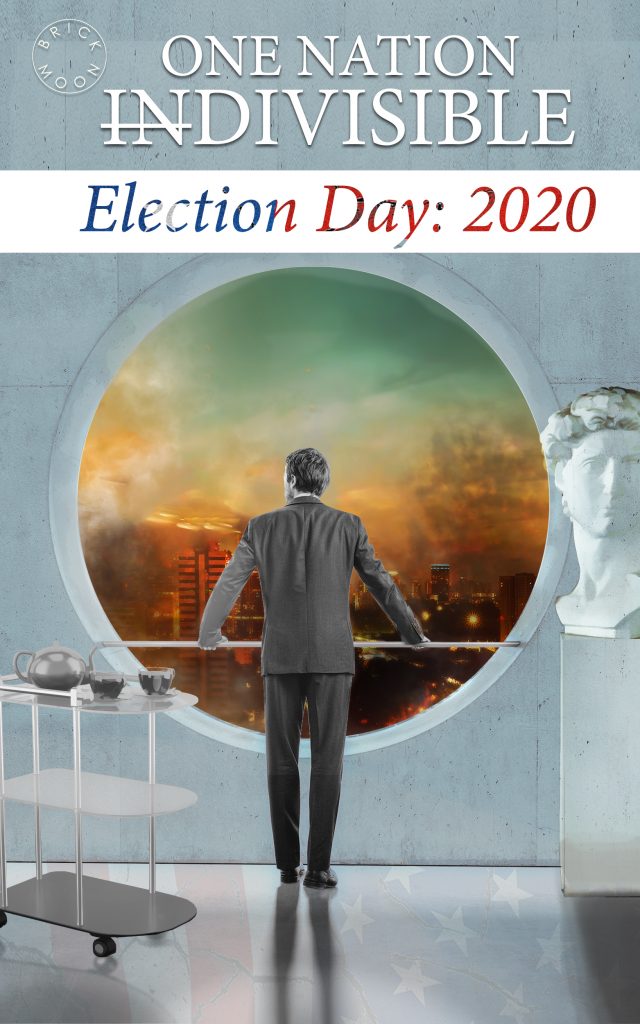 ONE NATION DIVISIBLE: ELECTION DAY 2020 We love looking into the future. Most of the Brick Moon anthologies ponder the big “what if’s” that loom over […] 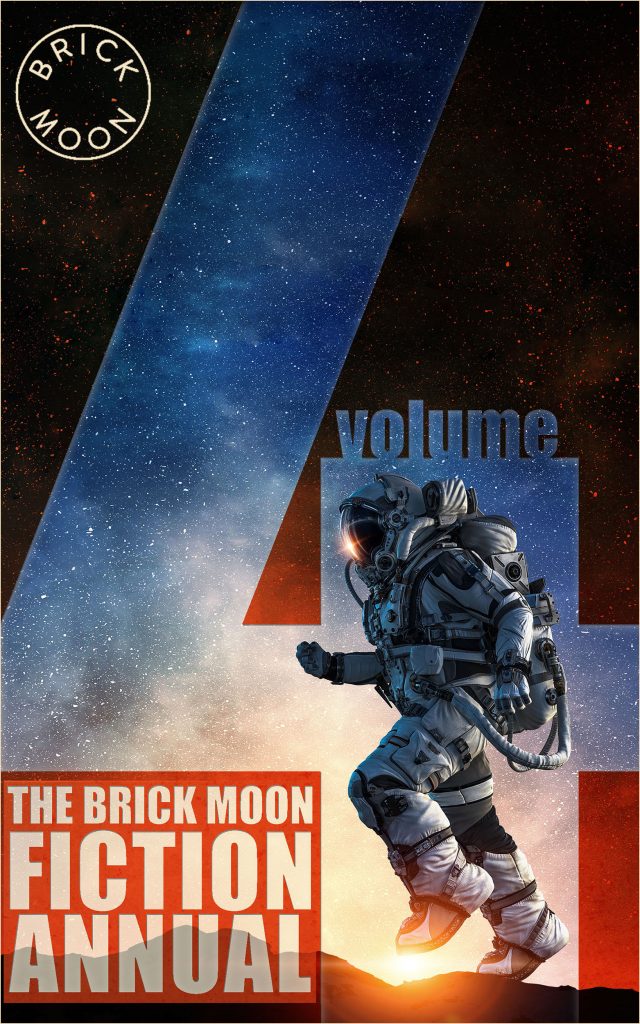 THE BRICK MOON FICTION ANNUAL VOLUME 4 The end is here!  Well, the end of 2018 which was another brilliant year for fans of great speculative […] 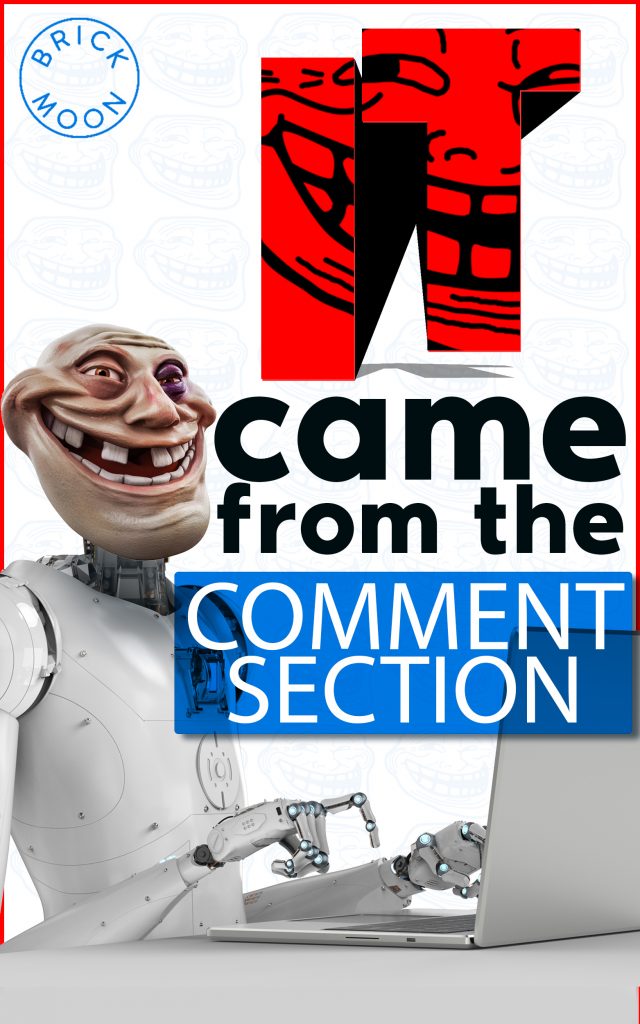 IT CAME FROM THE COMMENT SECTION! If you're familiar with Brick Moon Fiction at all, you know we have some issues with the disruptive and reckless […] 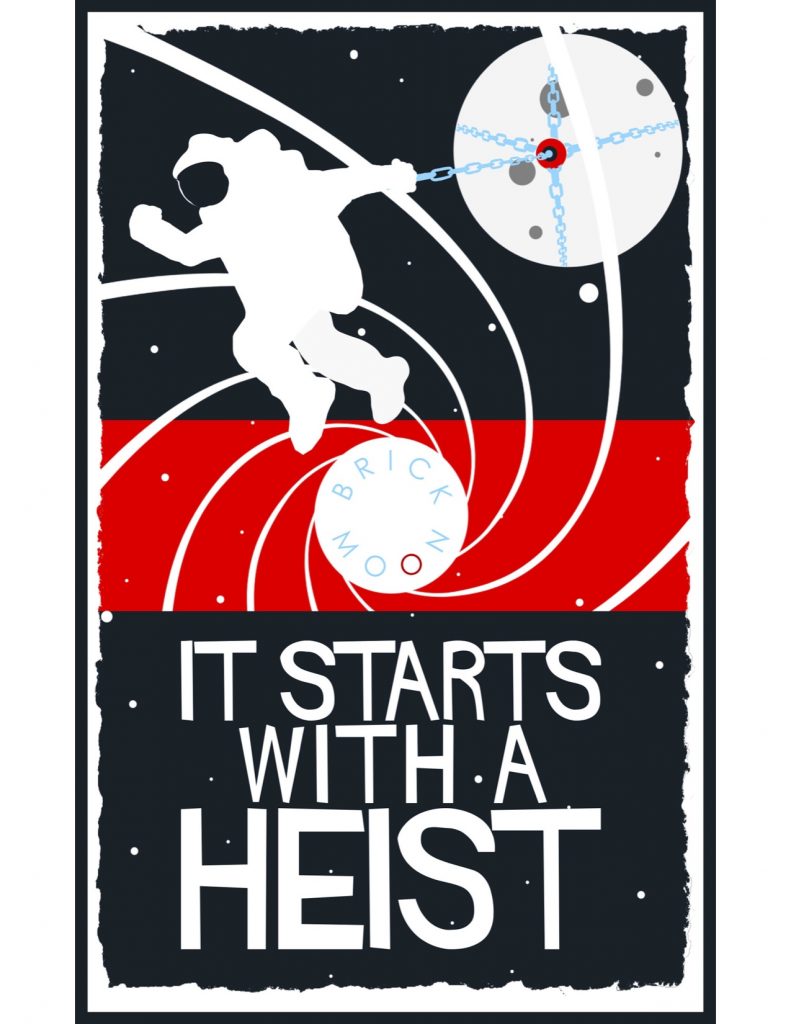 IT STARTS WITH A HEIST

IT STARTS WITH A HEIST Welcome to the Summer of Crime - Brick Moon style.  Here we have a handful of sci-fi heist stories that will […] 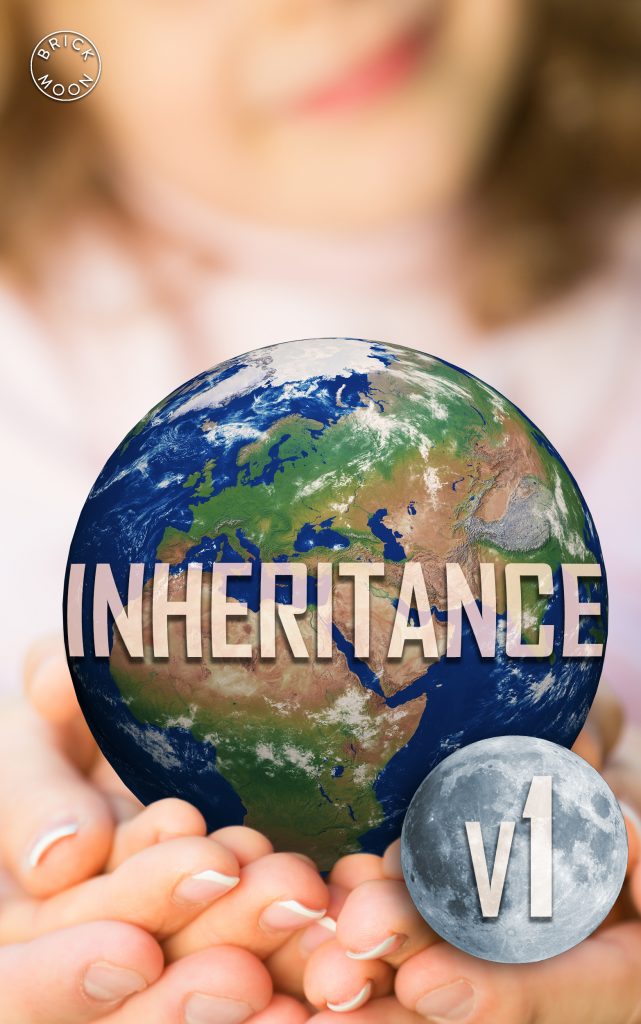 INHERITANCE: THE BLACK SHEEP is the third release from Brick Moon fiction. This was a fun experiment that yielded some great results. Each writer was given […] 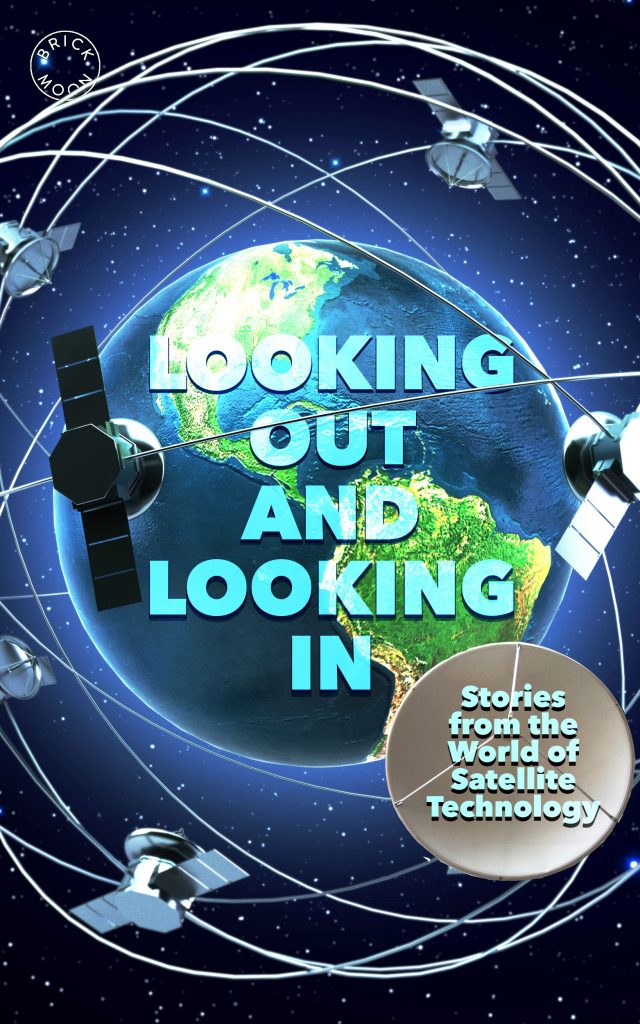 LOOKING OUT AND LOOKING IN

LOOKING OUT AND LOOKING IN is our second anthology featuring some great stories by authors you know from the first book, plus some new comers. Eric […] 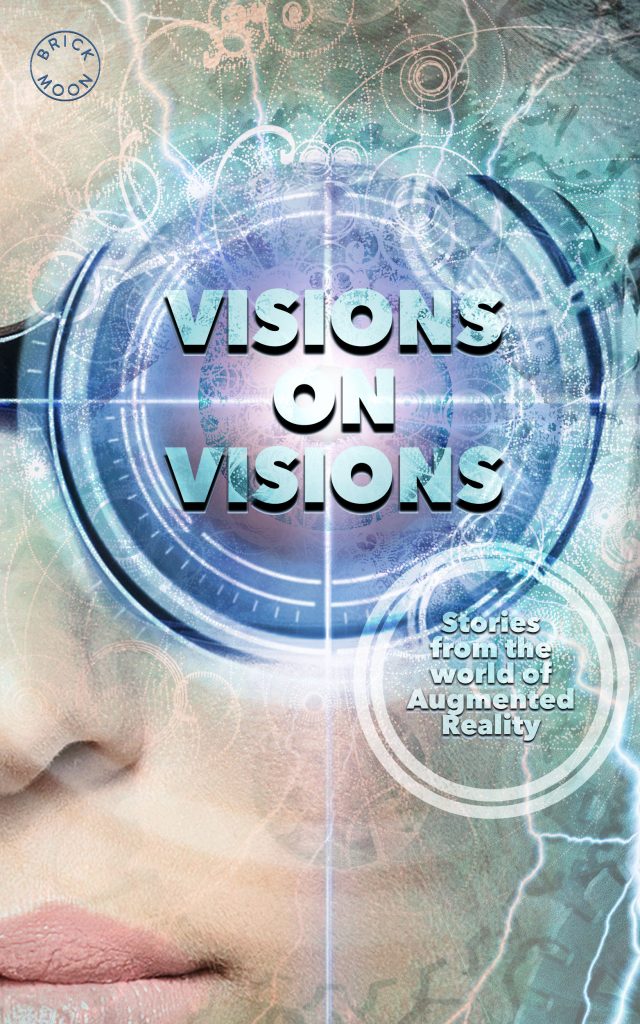 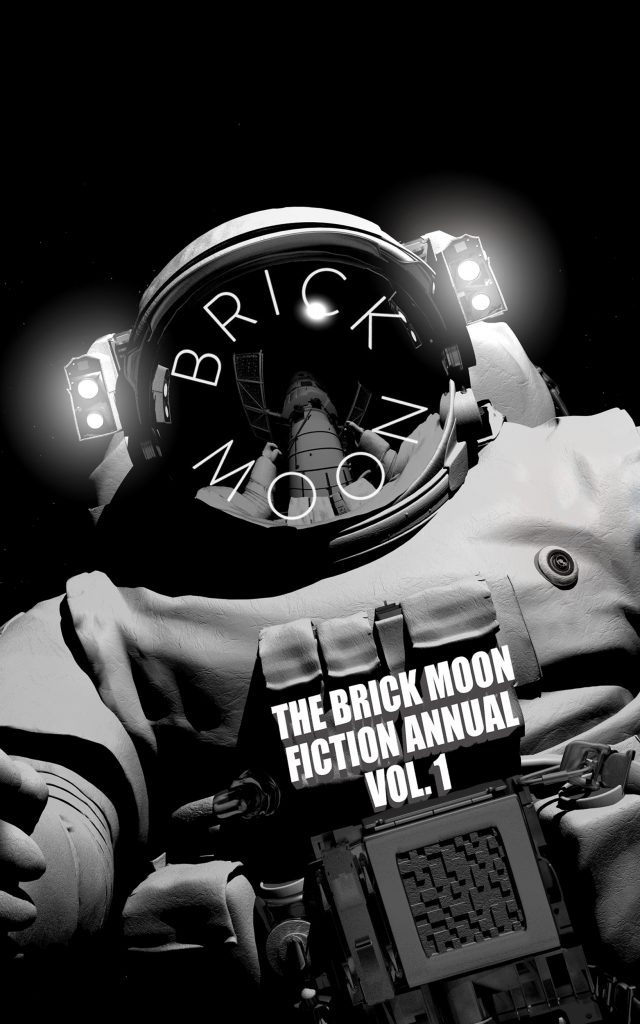 THE BRICK MOON FICTION ANNUAL VOL. 1 Now you can have every short story Brick Moon released in 2015! What could be better than a compilation […] 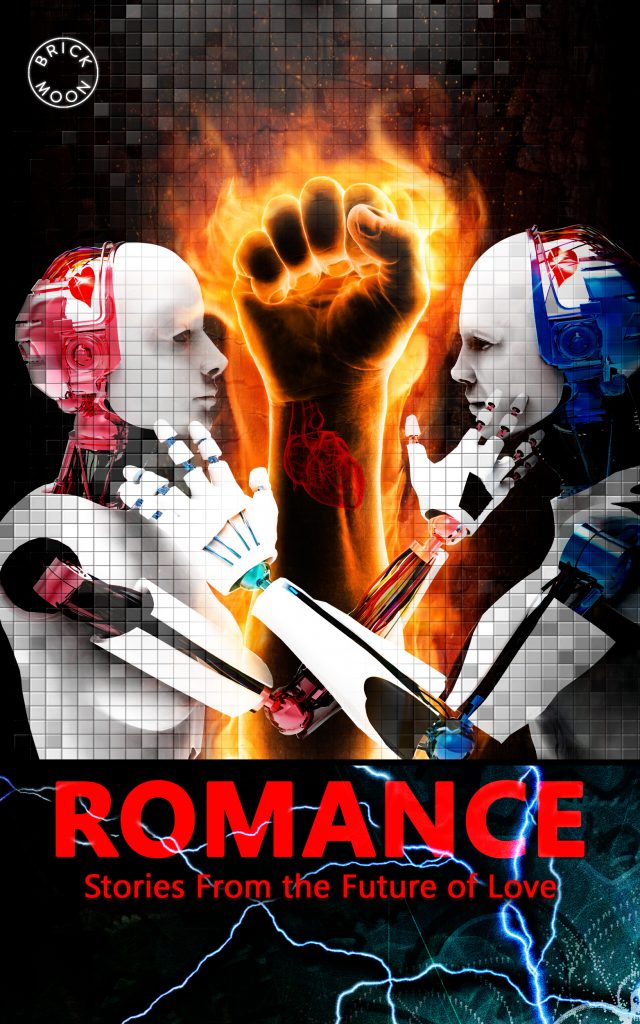 ROMANCE: STORIES FROM THE FUTURE OF LOVE is our first anthology of 2016 and one of our best. This collection of stories all relating to the […] 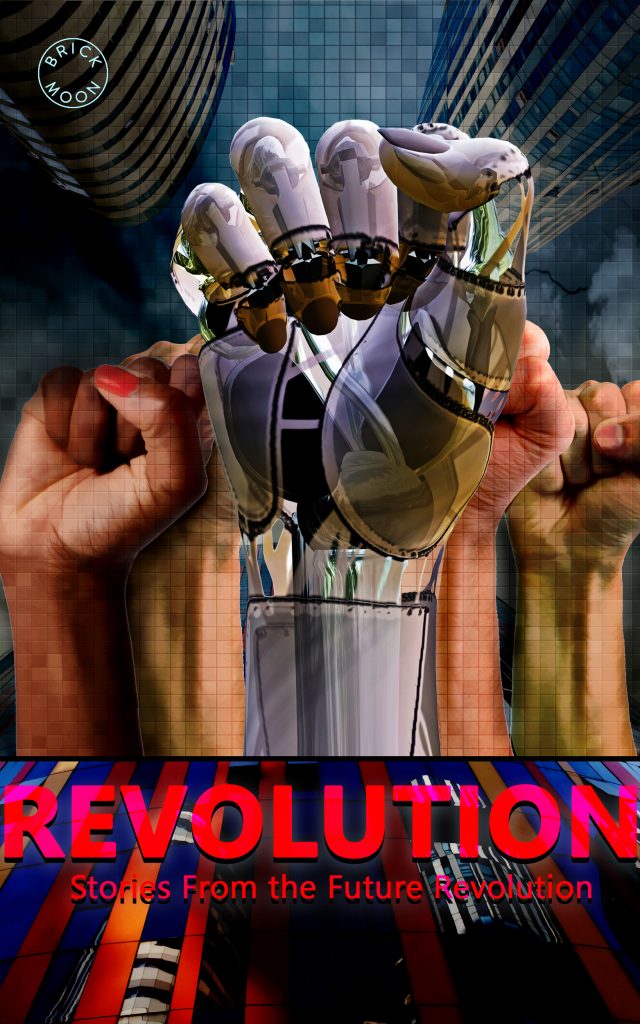 REVOLUTION: STORIES FROM THE FUTURE REVOLUTION Brick Moon's newest anthology examines the tipping-point and beyond of several 'what if' scenarios all dealing with the theme of […] 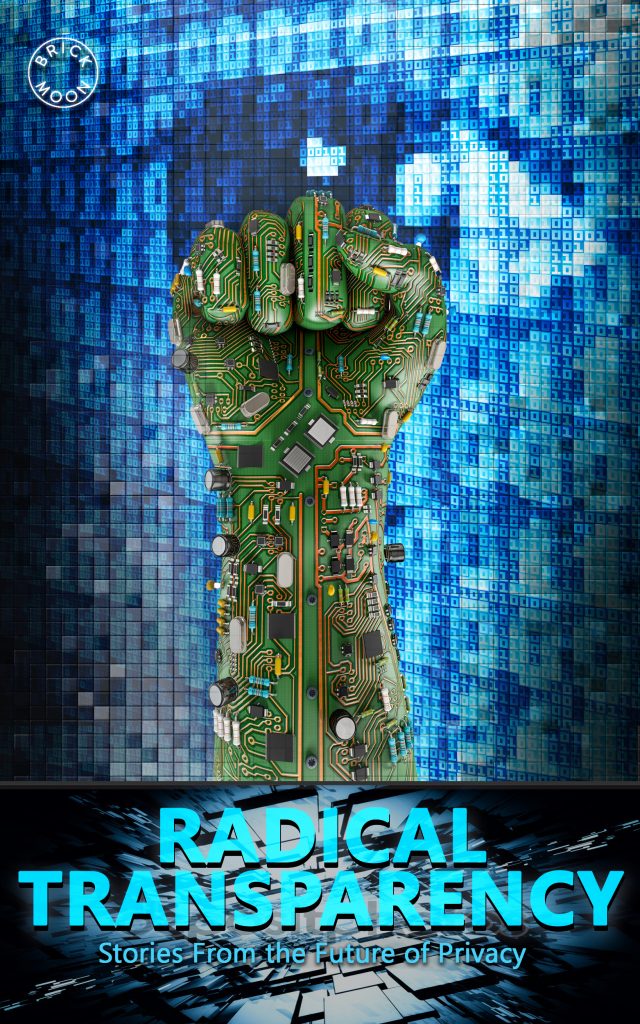 RADICAL TRANSPARENCY: STORIES FROM THE FUTURE OF PRIVACY What if you woke up and all your secrets were exposed for all the world to see? In […] 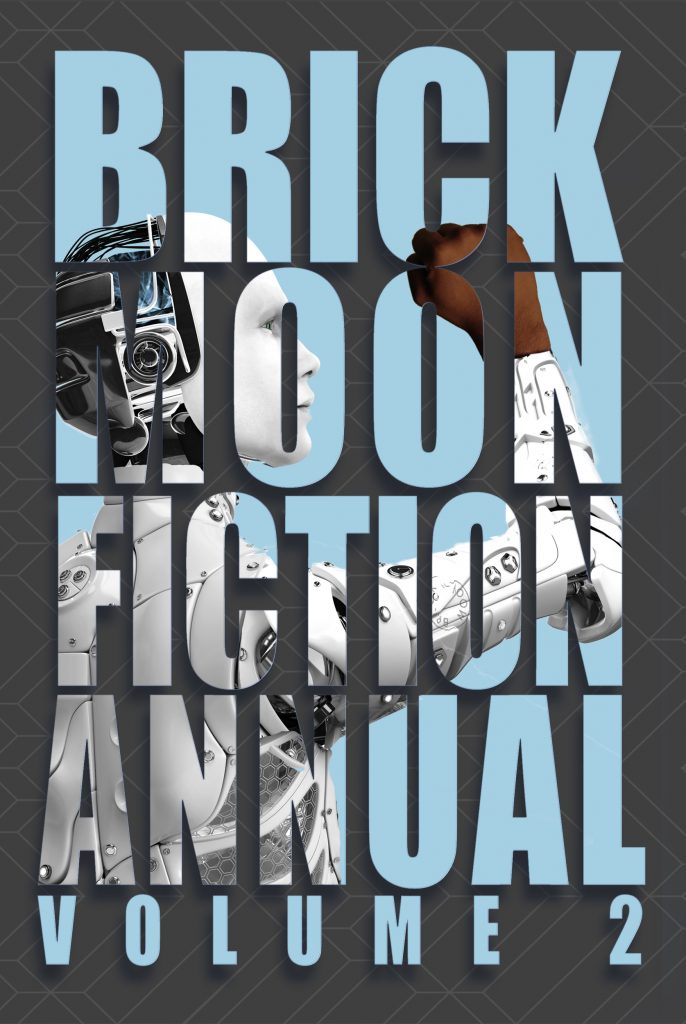 THE BRICK MOON FICTION ANNUAL VOL. 2 Our second annual represents the best of our speculative fiction short stories from the year 2016. These stories were […] 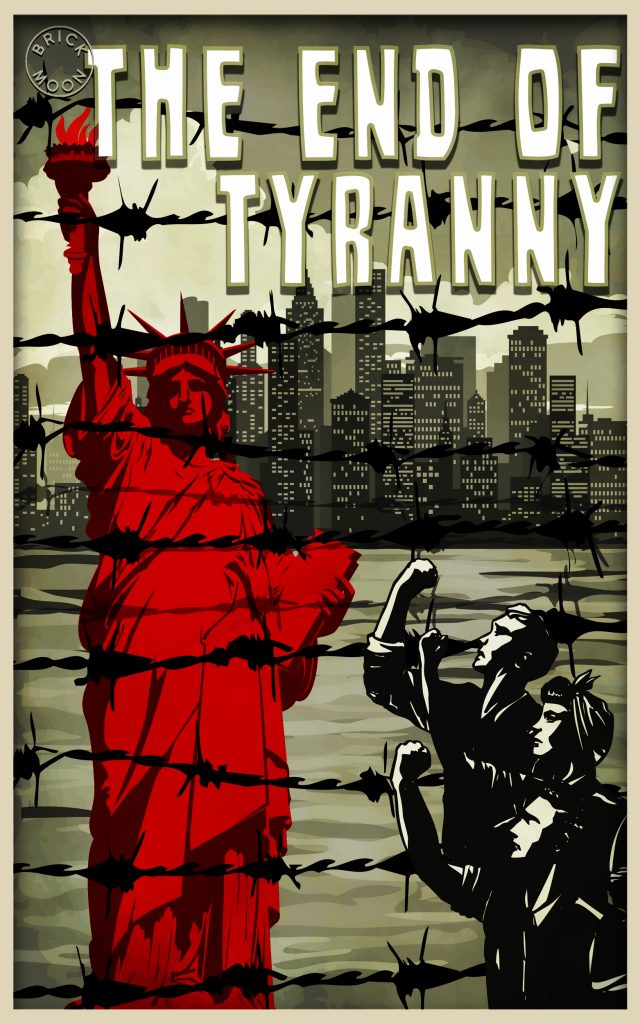 THE END OF TYRANNY

THE END OF TYRANNY A teacher persecuted for teaching lessons that 'trigger' certain students.  An app that specializes in racial profiling.  A group of tenacious nomads […] 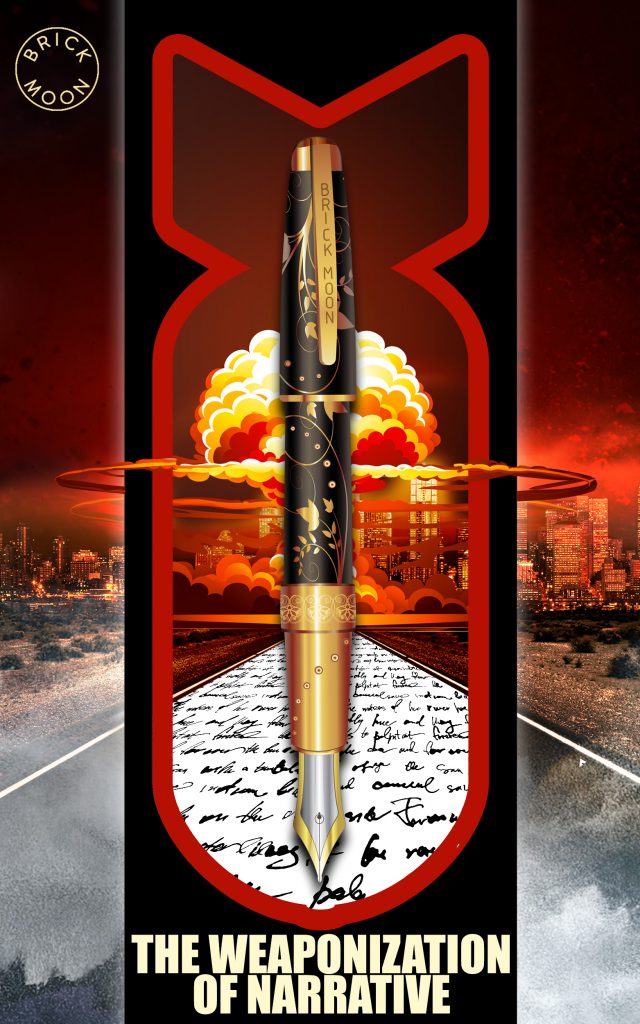 THE WEAPONIZATION OF NARRATIVE

THE WEAPONIZATION OF NARRATIVE THE BRICK MOON FICTION ANNUAL Vol. 3 Yes, it's our third annual compilation of the best short stories of the year, and […] 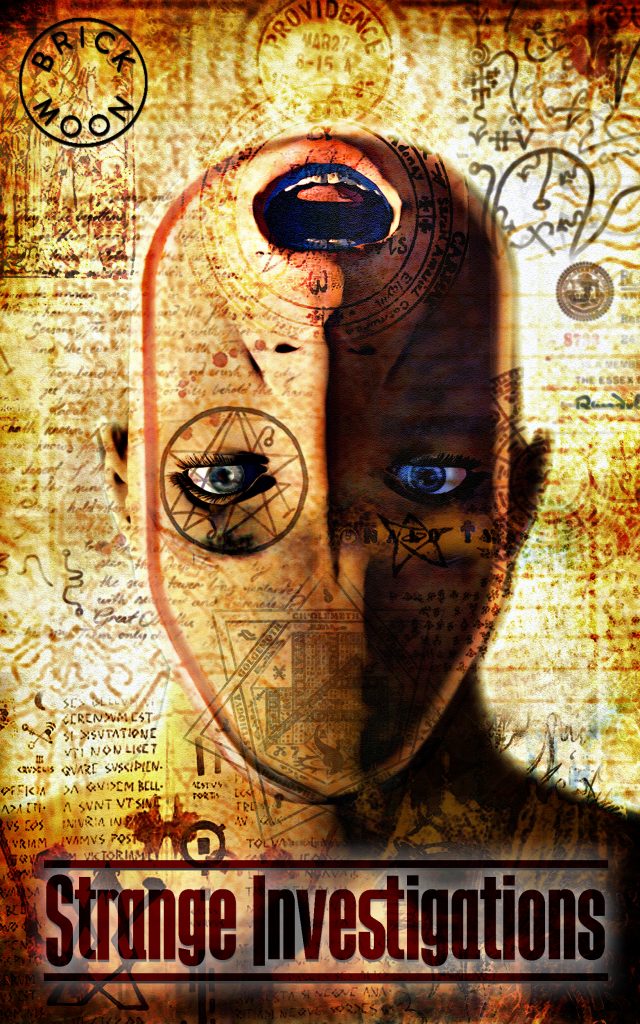 STRANGE INVESTIGATIONS is a collection of supernatural short stories. We put this one out for Halloween Season and the book is infused with a very spooky […] 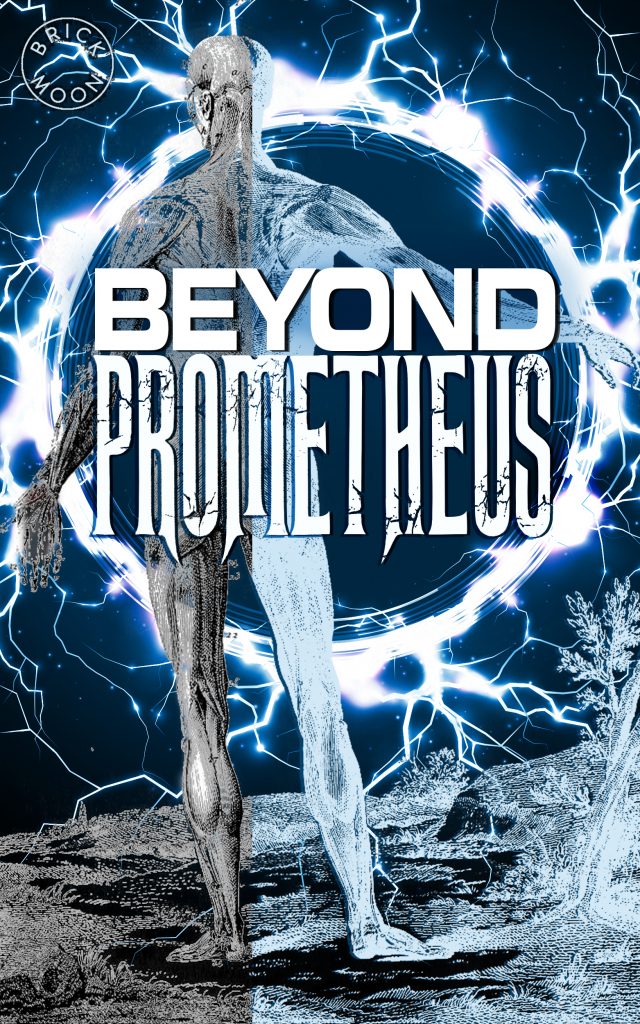 BEYOND PROMETHEUS Our first anthology of 2018 is an homage to Mary Shelley's pioneering sci-fi, horror classic Frankenstein.  In this collection we asked our writers to […]